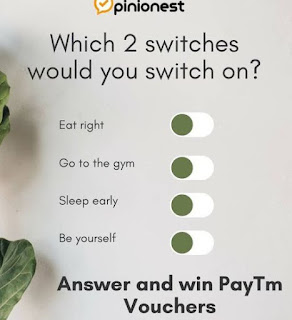 india giveaway: opinionestin giveaway
deadline:  3rd April
Winners will be announced on the 5th
prize:   win Rs. 300 Paytm gift vouche
requirement: india only
join: 1) Follow our page @opinionestin
2) Answer the question "which 2 switches would you switch on?" at https://www.instagram.com/p/CNC_6-ehgvD/ in the comment section
win 1 item from backstory store
previous contest below

Get one step closer to your dream to get Moto E. Indian only.