they can’t seem to take it seriously

Ask: What would you do if you feel as though you have been trying to have an in depth conversation with someone close to you but they can’t seem to take it seriously and are on their phone scrolling? I feel let down. 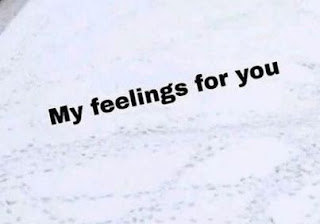 Think about why they might be doing that..... are you approaching them the wrong way? Is your tone one that makes them defensive. They are shut down and there's a thousand reasons why that might be. But you can't just look at them as the problem. You need to look at the entire situation.

It's just another way of saying, "I'm not interested." So you have to make a decision to either endure it and keep trying until you burn yourself, or move forward with someone else who will be interested and will actually listen.

I personally don't like being caught off guard.. so I tend to be the one scrolling but if my partner/friend said I have something to share or speak to you about.. and asked me to spare time.. then I'm all ears.. Of course I'd like a heads-up on the topic..

I set the expectation up front that I don’t compete for attention, but if they pick up their phone while I’m talking, I stop, go silent, and stare until they look up. Once they do, I ask if it’s a bad time. Usually that does the trick, but if it is a bad time then we plan a good time to talk without distraction.

I would very calmly and politely ask them to let me know when they are free as there was something I wanted to share with them. Then I would get up and get on with something else. How they respond to that tells you how importantly they view your request.

Before you feel let down, tap them on their shoulder and let them know it’s important for you and you need their attention.

I am sure they will appreciate it and put their phone down and listen.

If they don’t, walk away.